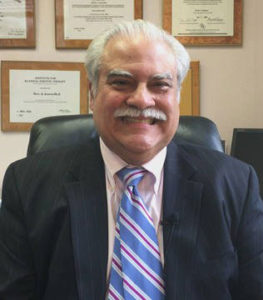 Dr. Kanaris holds a doctorate in Clinical and School Psychology. He is a N.Y.S. licensed psychologist and the American Association of Sex Educators, Counselors, and Therapists certifies him as a Diplomate of Sex Therapy. He is a graduate Post-Doctoral Fellow of the Albert Ellis Institute in NYC where he served as a senior clinician, training supervisor and faculty member.

Dr. Kanaris has served as the Public Education Campaign Coordinator for the New York State Psychological Association. He has been the featured guest on many live interviews and call-in television telecasts where he has discussed a variety of topics including relationships and sexuality. He has appeared on radio programs from San Francisco to New York discussing various topics in sexuality and mental health.

Dr. Kanaris has developed unique models of treatment for cyber infidelity and sexual addiction or out of control sexual behavior. Additionally, he specializes in and has many years of experience in providing ethical and expert marital therapy, couples therapy, and sex therapy for the full range of sexual issues.

Dr. Kanaris is also the co-host of an educational video series “Psychology and You.” He has been interviewed in numerous newspaper and national magazine columns and feature articles in the areas of family, parenting, adolescence, and sexuality. Dr. Kanaris has written for the Health Page for FHM (For Him Magazine) where he responded to questions on sexuality and intimacy. He has presented at the American and New York State Psychological Associations on Psychology and the Media: Educating the Public. He has published a paper in Professional Psychology: Research & Practice on this same topic.